Fortitude and “The Apple and the Tree”

The suitcase lay outside next to the garbage can…so rank and disgusting in smell, even flies avoided it…

Having been told by my mother as a young man that cheese could be used as a weapon of revenge, only then, that day, did I fully appreciate one of her idiosyncratic, but usually valuable lessons in life. My wife had flown to New York City for a few days and when asked what she could bring me as a present I suggested she go to Zabars, the famous Jewish grocery store in Manhattan, and as a treat pick out the strongest smelliest cheese she could find . After several hours in her suitcase at the airport and in the hold of the returning plane it had softened, permeating its pungency beyond normal human tolerance. Not only was it not edible but the house had to be aired out and the suitcase was ruined.

Born to older Italian immigrant parents, my mother, a “mistake”, something her mother never let her forget, was often left to fend for herself in a small village in rural Illinois where Piedmontese, a dialect of Northern Italy, was the main spoken language. Nearly all the occupants of Wilsonville were immigrant families who worked the coal mines or farmed the local fields. Her older brother by 16 years and sister by 10 had little to do with her and found her to be a bothersome pest. 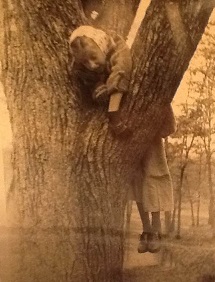 As a very intelligent but unwanted mistake she learned to be assertive, tough, resilient, resourceful, and persistent in reaching goals far beyond her family’s minimal expectations.

Such toughness often led to fights at school with other children much older in age.
One such altercation, at the tender age of eight, was rewarded with a teacher’s punishment of
Write 1000 times , “I will not fight “.
As my mother trudged home , a mile on foot, she passed the butcher shop, paused, and then turned back toward the school house casting a sly, mischievous grin…
The next morning , arriving at school, she was accosted by the teacher who demanded her 1000 line punishment…out from her cloth bag came sheets of greasy salami wrapping paper covered in smeared number 1 pencil lead…” I will not fight ” 1000 times. With ginger touch the teacher laid the punishment in the trash can and ordered her to sit down… 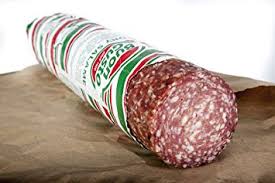 Later that winter, again punished for fighting, Mariarosa decided to up the ante of revenge. Swiping a chunk of limburger cheese from her mother’s cupboard…now for those of you who do not know, this is a distinctly rancid and foul blue cheese when warmed…that night she left her home, walked a mile in the dark, snuck back into the schoolhouse and liberally applied the softened butter like blue cheese to the inner workings of the radiator… conveniently situated next to her teacher’s desk… 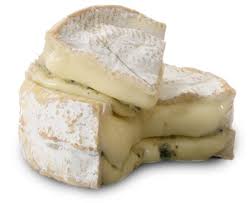 As expected the stench the next morning was overwhelming and the school room unusable for the next 3-4 days…
While adults searched for the source of the foul smell, quite well hidden within the radiator pipes, the children were sent off to play…
To the little ones, a heroine had been born…

Age 16, precocious for her age, she finished high school and left to find employment in St.Loius, a difficult goal for a young woman with millions of men returning home from WWII.
5 years later through resourcefulness and hard work she had put herself through college, a waste of time as far as her family was concerned, and had a full time job as a city social worker.

A year later she married my father, also of Piedmontese stock, got pregnant, had a child, and found herself again at home with her parents when her young husband went off to the Korean War. My own fortunes in life were just to begin as I was not only accepted but quite loved by her parents , the same two who had all those years and even then shunned her as a daughter and a person of worth. Moving soon to Italy she reconnected with her native roots, an extended family which lovingly accepted and took her in.

Many moves and years later my parents divorced…years of struggles, fights, and pains compounded by his excessive alcohol use and the climb of the military chain with demands to her to be an officer’s conforming wife…not her natural style in life…

Suddenly she found herself alone, with three children, no child support, and just a small income as a state employed social worker. Luckily she did own 20 acres of forest land 15 miles east of her home…a plot which eventually would be traded away for other real estate, a plot which eventually became the western edge of Springfield, Virginia.

Turning to survival mode she tapped into her childhood strengths and started all over again.
Giving up that plot of land she acquired two small 3 unit apartment buildings not far from Arlington Cemetery. With years of hard work as a landlord, plumber, painter, cleaning woman, and yardman 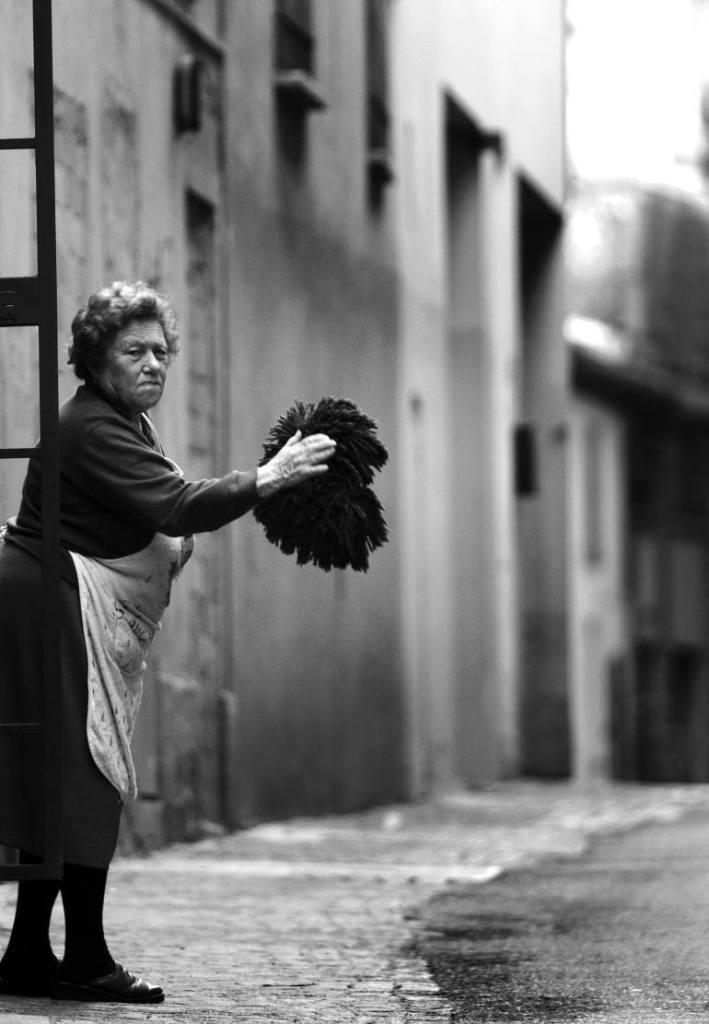 she used the rental income to send three children to college and Medical School before beginning to buy other properties to create a lasting financial trust for all of her 5 grand children.  At the same time she, for herself, finished a Master’s Program at George Mason University and later a Doctorate of Education traveling back and forth to San Diego California. 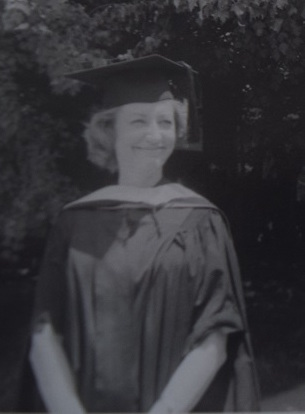 Misfortune again began to knock at her door in the form of small strokes in her late 50’s. Never very good at taking her health seriously she finally had to come to terms with her own mortality.

Repeated strokes began to slow her down until a major event in late 1999 left her completely paralyzed on the right side wherein was admitted to a rehab unit near Mount Vernon. As a family we met and clustered around her bed to “asses the situation”. Something seemed not quite right to me…there looked to be a flicker of movement on her right side.
Now there were many facets to my mother’s personality and multiple driving forces to her day to day life but as her children, we all knew her preoccupation with money…
To the astonished stares of her doctors and nurses, also gathered there, I threw a nickel on her bare white belly, looked her in the eye, and said ” get the nickel with your right hand”.
Slowly, ever so slowly, she moved her “paralyzed’ right arm, grasped the nickel in her hand and smiled from a supposedly immobile face. I looked up at the medical staff and said “ She will be just fine, now push her to her rehab limits”. 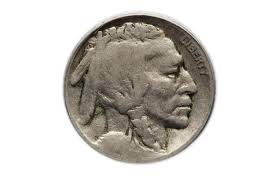 6 weeks later she walked out of the hospital and drove herself home.

Over the next 15 years repeated small strokes chipped away at her body but not her soul.
In 2012 , knowing her time was nearly at hand I took her back to Italy to see her family one last time. We were supposedly to pick out a burial plot but aghast at the cost of a funeral and box in an above ground cemetery vault , she quickly rejected the idea of death and decided to live on.

Even for the strongest of us time takes its toll. Over the last 10 months of her life her health rapidly declined, due to an unknown heart condition present for many years. Her thoughts often turned to the afterlife and her reunion with passed family and friends. She seemed to postpone death over and over again, waiting for her grandchildren to marry, for me to return from a cross country bike ride, and finally for the birth of her great grand son, Leonard Vincent Patrone.

6 weeks before she died she told me she was tired and it was time. She went so far as to ask me to take her to Oregon for a doctor assisted suicide…she was just too tired and exhausted to go on. We compromised and she said she would try to eat better, rest, and think of reasons to live but her body just continued to wear down…

In poignant conversation she asked permission from me and my sister to be allowed to die at home in peace…could we as her children accept her decision? Of course we could. Hospice was arranged but she lasted less than a week. As she deteriorated she asked only that we “ not leave her” and be present at her death. Sliding in and out of a sleeping state she mumbled her repeated thanks to all of her family who came to say their goodbyes, to all of her family who accepted her and loved her in her present dying state. It seems ironic yet fortunate that in the end she finally recognized the love and acceptance she had craved all her life.

Her last spoken words were “ I want to go to church”.

An hour later her forehead was anointed with holy oil and she received a final blessing to allow the gentle passing of her soul.

I recently received a gift from someone I barely know but it triggered the memory of these stories.

My last entry mentioned “the tree and the apple”.  I know that my determination and fortitude on these rides have their origin in a feisty young waif from so many years before who passed on more than a D- in comportment.

In Janurary of 2016 I returened her ashes to Italy where her parents and brother had been born.

May we all be so lucky to have such genes…

6 thoughts on “Prologue to the Northern Tier 1.3”