Every day it is a struggle for her to climb the stairs. Step by step she wonders if her muscles will be strong enough to make it to the top. Will this be the day she falls?
She hopes not. 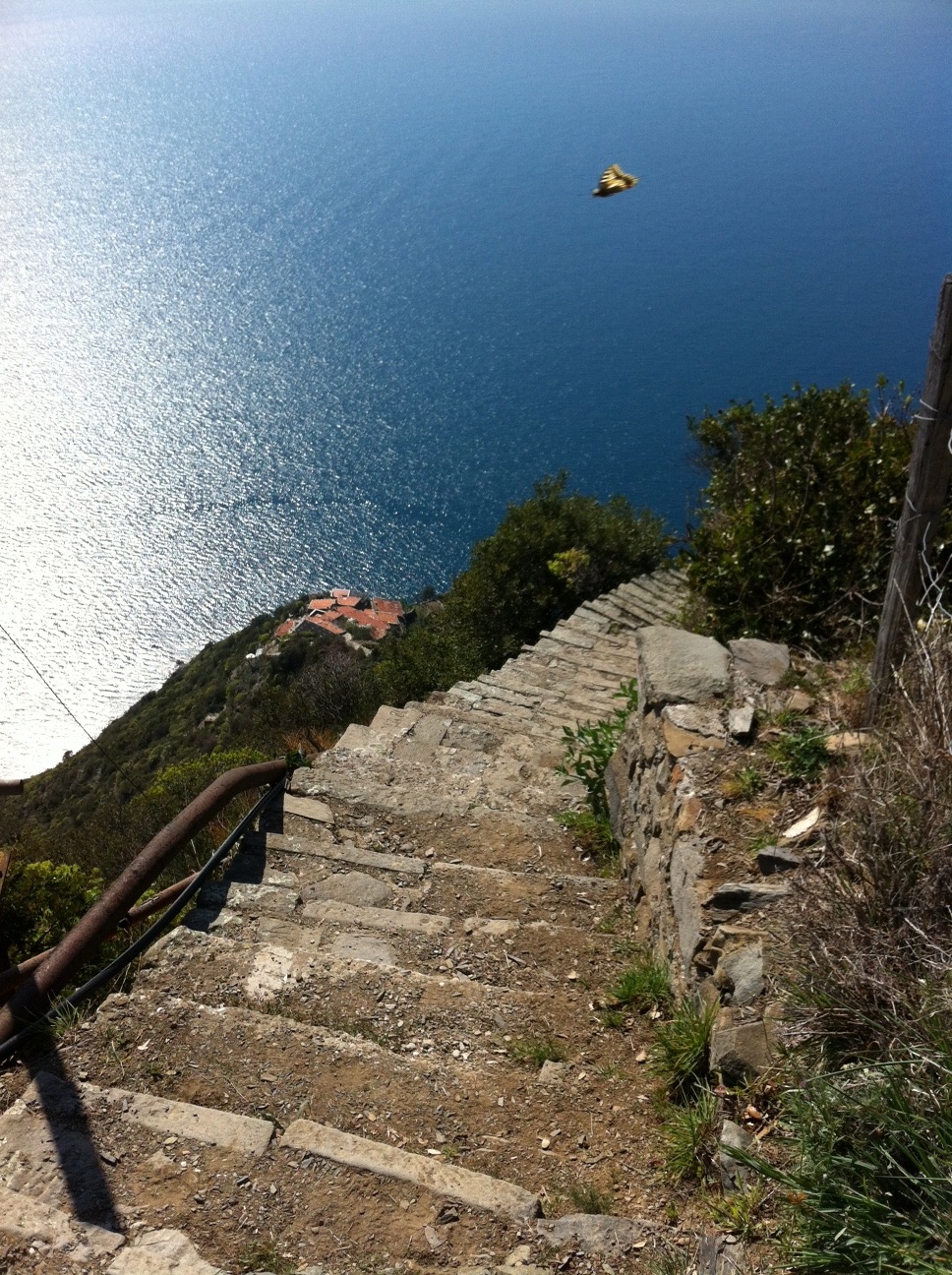 No, it is not these stairs she must face but rather those in her house, but the struggle is the same.
With tears in her eyes she encourages us to ride on, to think of her as we struggle to climb higher and higher over the mountain passes.
“ Remember me, my MS, dig deep and climb. Do it for me.”
I wake early and take a freezing cold hose shower outside to start my day. A filling breakfast by the Angels of Thetford put us on our way. To both sides of me stones walls glide by. 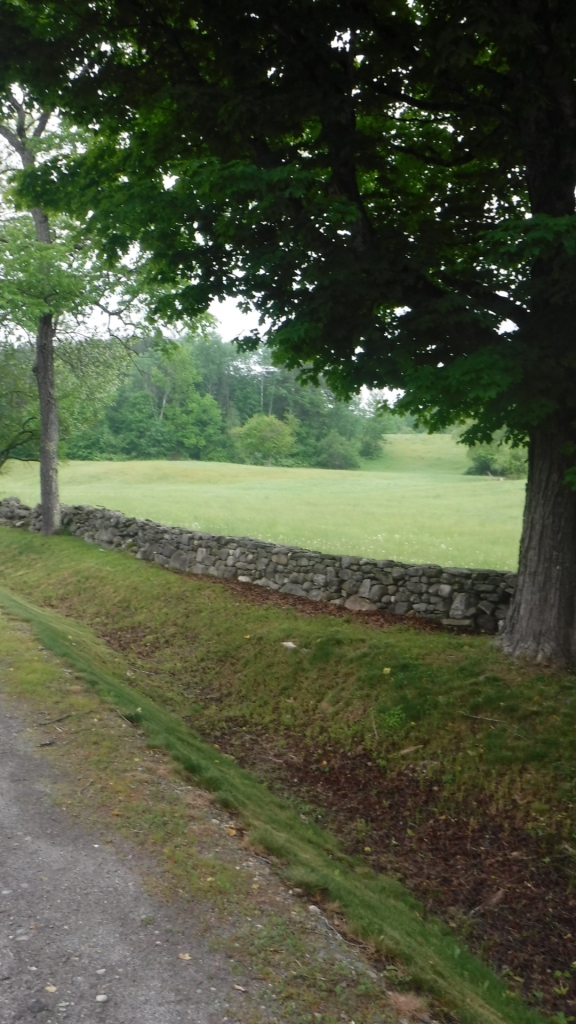 As I head upward bright flowers light the way. 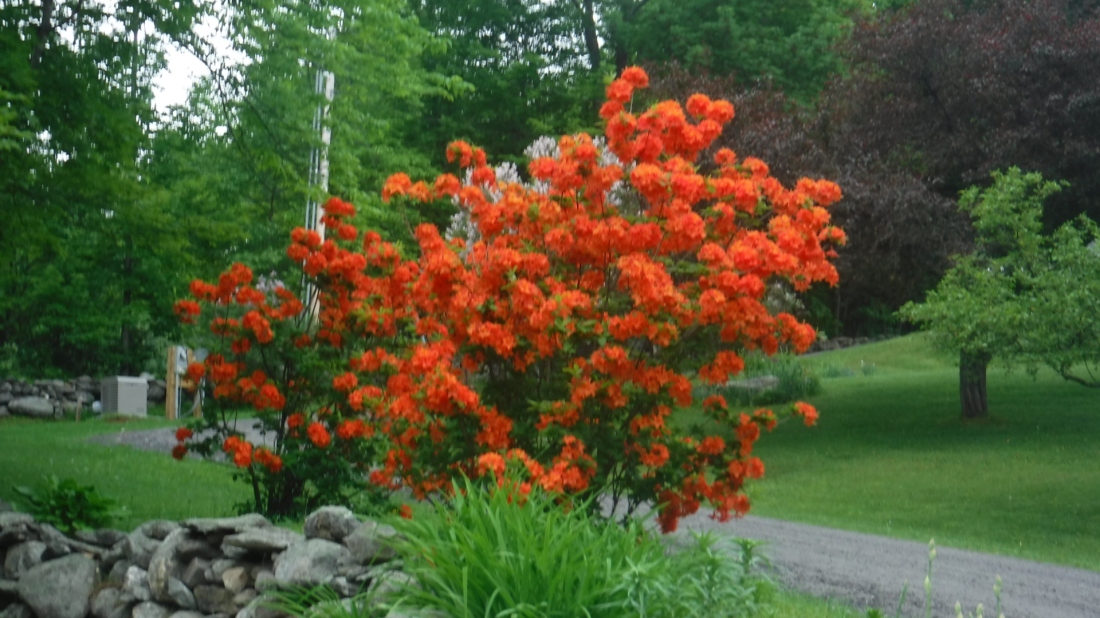 Ever upward to cross the last western range of the Green Mountains through the Middlebury Pass a river rushes down to my right. 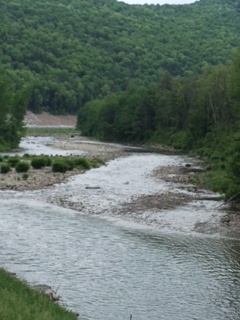 Suddenly I notice that my legs feel tired, strained and I wonder if I have injured myself in the previous days. Slower and slower I go until I am down to 4 mph and worry about what’s going on. I pull off to the side of the road and pull out my map to see that I am in fact in the middle of a quite steep climb, one I did not bother to register in my brain. With sullen determination I set off again and drenched in sweat reach the top only to begin a very rapid descent. 20 minutes later still descending at breakneck speed I pull off again to look at the map to see if I am lost…this mountain which should not be here just goes on and on.
I find there are no other roads so I should not be lost but as I coast on again I am unsure of myself.
I enter a valley with narrow long farms, a railroad line and a single road heading north. 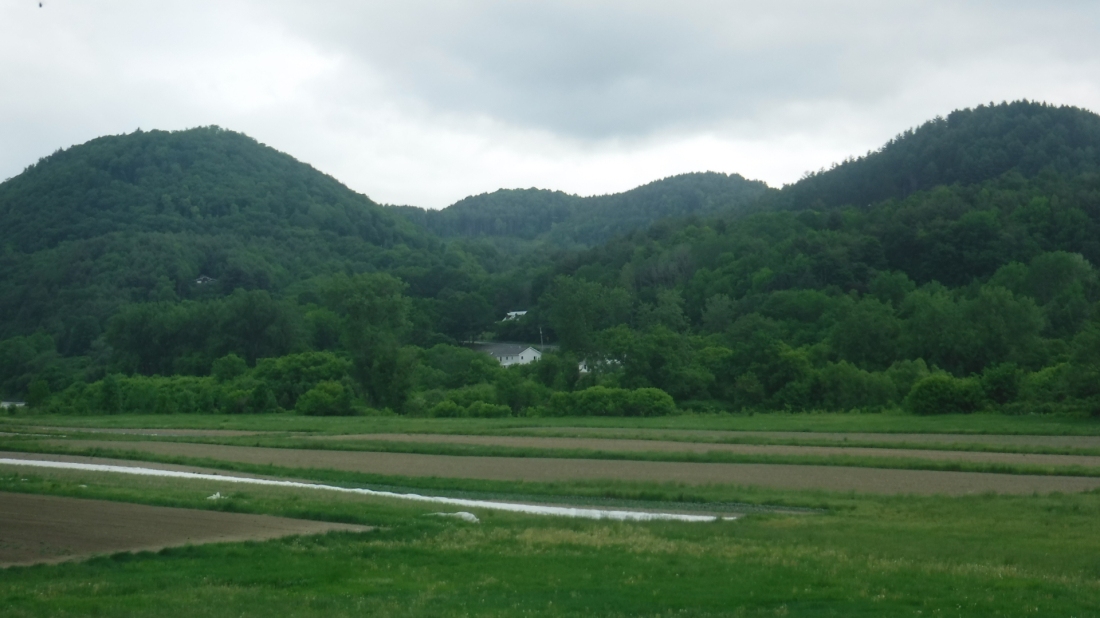 There is no where else to go so I ride on. Suddenly a small town shows itself and I find it on the map…at least I am not lost. Ahead I see 5 other riders who wave me down, all happy to see me…they too thought they were lost…together we are found.
Such are the towns and valleys of Vermont, isolated and cut off from each other, each lost to the world.
I suspect such isolation led to the tremendous independence and determination of these people. To survive here one must stand on their own with a few similarly isolated neighbors.
Vermont is one of 4 states which at one time was an independent nation. In 1776 it joined the American Revolution , 1 year later promptly declared its own independence , became a separate Republic, minted their own coinage, set up a postal system to connect the valleys, and promptly abolished slavery. 14 years later only after resolving land disputes with New York did it became the 14th State of the Union.
As I climb again towards the final set of mountain tops I remember these are the most challenging and difficult, but beyond lies beautiful Lake Champlain and the Central Valley Of New York, the Road to the West.
Higher and higher I climb and my legs begin to tire. I think back to our host in Thetford and her daily stairs. Last time I had to walk to the top to Middlebury Pass.
Although 14 degrees steep I vow that this will not happen again. 1 mile from the top I must stop to drink and rest but I take not one step towards the pass. 1/2 mile later again I must stop, my breathing is getting a bit labored. I can see ahead of me three riders have gotten off their bikes to walk.
Not me, not this time.
Again I start up and 1/2 mile and 10 minutes later ( it seemed like an hour) I reach the top, dripping in sweat, gasping for breath but still on my bike.
I will not walk this time around.
A route leader cheers me on, takes my bike, offers me drink, food, and a seat…I refuse all, I just need to breathe…
10 minutes later with Angel and Flossie in tow I speed down the mountainside having finished my last climb before Western Montana.
Looking back from the the base I see the Great Wall of Green Mountains that protects the Western Edge of New England from the world and I bid my adieu to this part of our Great Land. 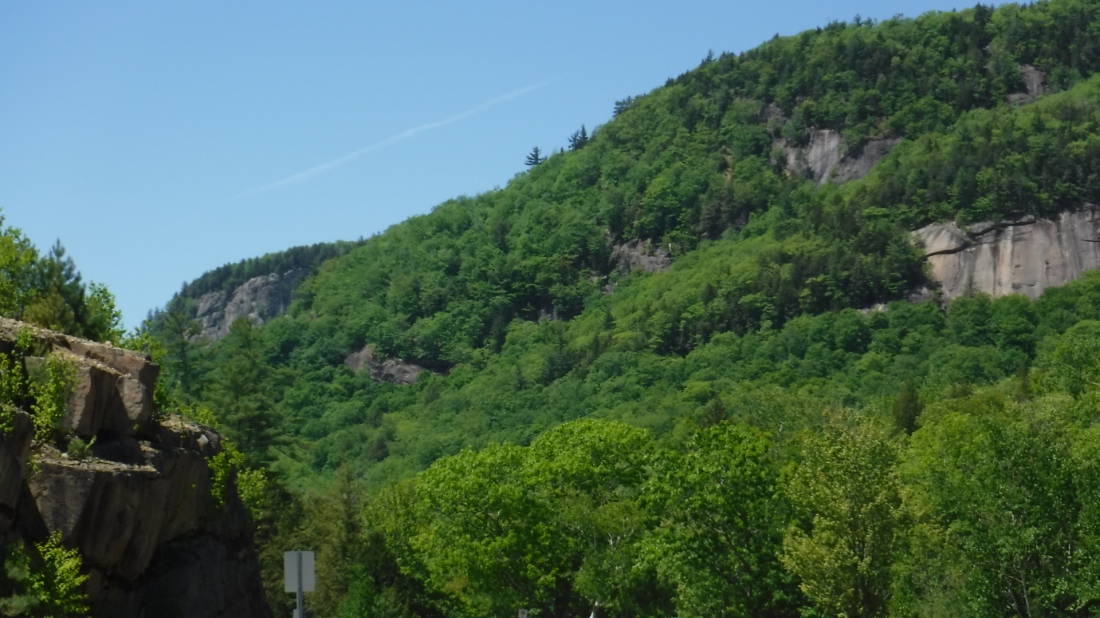