There is no doubt that those met on the way do nothing but restore one’s faith in  humanity… over and over again. Any seperations by Religion, Wealth, Social Class, Education, Race, Ethnic Origin, Politics, Physical Beauty, or Age just do not exist. Perhaps it is the vulnerability of a lone rider crossing wide, untamed expanses… perhaps it is an appreciation by those living in the hinterlands to know someone cares enough to pass through where they live… perhaps it is just raw mutual recognition that we are all the same…the result is pure. unbound, genuine Kindness.

Repeatedly in my travels  I have been impressed by how much we are all so alike. Our differences, in comparison, are miniscule. So many times “LEADERS”, whether it be of the Media, Pulpit, or  Politics,  accentuate those differences for their own purposes, but in the trenches we all share the same daily needs and concerns.

If you doubt this look to the headlines of any newspaper or cable news channel these days…”Polarization” is a cheap “key word”.

As for others across the Lake?  “Russian” is uttered these days as a near obscenity.

I would like to share a story from  5 short years ago written in Crimea where I was studying Russian at the Medical School in Simferopol. Much of our  animosity towards Russia these days has its origin in the annexation of Crimea …but how many of you know the background?

In a drunken stupor one morning in 1954 Nikitia Khrushchev decided to give to Ukraine, then part of the Soviet Union, a gift…Crimea. Can you imagine the shock of the 2 million residents who awakened to learn that they were now no longer Russian citizens but belonged to another country? You think President Trump’s tweets are a problem? At least he hasn’t yet given Eastern North Carolina to South Carolina as a gift…I am just not sure how I would feel about being from South Carolina having lived here nearly 40 years…

When I was in Crimea it was obvious that 85% of the population was Russian, with a 15% Tartar minority…and an even smaller minority of Ukranians. It was no wonder that most wanted to be part of Russia ( in all fairness, certainly not the Tartars who were persecuted under Stalin), and no wonder the vote for reunification was greater than 90%. But what did the rest of the world do? Look at the circumstances and origin of the situation? Or instead decide to villify Russia?

Sometimes I myself need the nuturing of Locals to remember that…to keep my Faith in Humanity going strong.

Riding across America is a large bore IV line through which strangers, Locals, feed Kindness to nourish my soul. This I know… 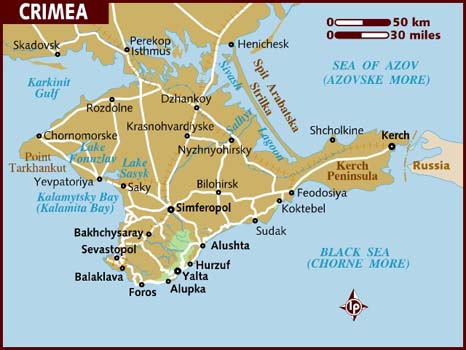 Themes on the Crimean Queue.

My bladder was about to burst. The bus had finally stopped at our first excursion visit. Just beyond, through the fog across the Strait of Kerch, lay the Russian border.
None of us really cared, we all just needed the toilet before wetting our pants, skirts, dresses, whatever… Clothes didn’t matter either, our only thoughts were bulging bladders.
We got the key and raced to the brick outhouse, heaven to our eyes. Thank God it was a double compartment abode. In loud Russian the leader of our group barked “Girls to right, boys to the left!” …who cared that we were all grown and not “boys and girls”… Our only thought was ” We made it!” I was first in line for the “boys”. Just as I reached for the left door three burley Russian women pushed me aside and rushed into the left, just as 3 equally robust women rushed into the right! “What’s this?!” I asked and turned to a skinny tall young man  behind me in the “boy’s line” who just shrugged his shoulders and limply look to the ground.  Well the ” girls” had it all planned out…one would come out from the left to be replaced by another and then one from the right… On and on it went and of course none of us “boys” would dare go in with two women still there relieving themselves… Finally one behind me said “this is too much !” and burst in to two pulling up their pants… Thanking his bravery we rushed in behind. Not to my surprise it was a hole in the floor… but with a thirty foot drop to open air!?
I felt dizzy from the unexpected exposed height but managed not to fall in…
Only later when my bladder did not control my brain did I wonder about the rules of the queue.

Our first tour took us 60 feet underground where 15,000 men women and children had hidden in catacombs from the invading Nazis. Through 6 months of cold and near total darkness they survived as best the could with little food or water until they were gassed by the German soldiers. 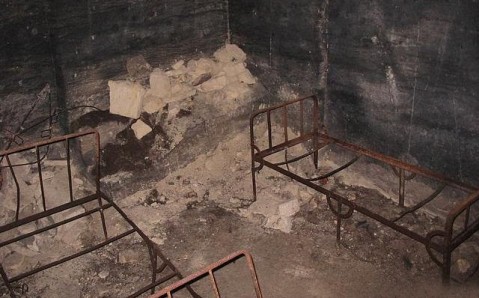 As the our line  meandered slowly through the catacombs the silence was broken by weeping of those who had relatives who had perished here. Many hands of unknown people who had pushed me aside in line were held in silence.  Outside they could only say “ужасно” … “how terrible”…

The day before I had watched and been part of another queue, this in the airport at Kiev with a plane load of Crimeans returning home. We all passed through body inspections and were herded into a room with 15 chairs for more than 200 of us going on 4 separate flights to different towns in Crimea. There were two Italian workers there with me waiting for their flight. In loud Russian a thin attractive matriarchal “babyska to be” barked out ” Let’s go! ”
“Go where?” I thought. We were all just there.
Only then did I realize there were 4 doors in a vestibule perhaps 20 by 20 feet in size…half the passengers were waiting in the hall outside the sardined room. Somehow 4 lines formed behind each door crossing in the middle… Everybody seemed to know what to do so I stood behind the people who were talking about the city where I was to go. Just out of curiosity I looked for the Italians who were totally lost at this new concept of queue.
As opposed to a funneling mass of Italians ” in queue” who push you through the door , here was a cross shaped queue with an indecipherable pattern of movement. They stood still, amazed ,and did not move. I never saw them again…
As our line moved forward to the door we were herded onto buses, big enough for my flight but not big enough for two other planes close by. As passengers realized that there would not be enough room, the Italian funnel technique quickly evolved to no avail. Of course another bus arrived and everyone had a place. As we started to depart the terminal towards the runway everything came to a grinding halt, the buses stopped and half the passengers got off… to watch the sunset…”when in Rome do as the Romans do”… so I too got off . 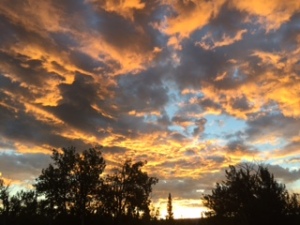 Someone complained that we would be late but others answered ,” What does it matter? We are all going the same place”.

No more complaints after that bit of wisdom.

I asked my teacher yesterday if she missed the Soviet Union or if being in an independent country was better. She answered by saying her mother yearned for the Soviet Union, she herself was not sure, and her son would say that being free from foreign rule was best. She then told me about the terrible years after the breakup of the USSR. She was in her early 20s and had an infant son. She had a modest income but there was nothing in the stores to buy. She would get up at 5 AM to stand in line to try to find milk for her son, sometimes waiting 5 or 6 hours and then coming home with nothing. She used one word over and over, the same “ужасно” …” it was so terrible “, queues everywhere often with  nothing at the end…

Today I watched Armenian bakers make fresh bread on open clay furnaces in the central  market…there were no loaves as they had just sold out but soon they would have 50 more fresh hot cakes of pita . I was third in line. I watched in amazement as the bread was transformed from fresh dough to hot, flat, bubbly, chewy, pizza loaves costing next to nothing…I also watched those in line who were calm ,orderly ,respectful, and gracious to others ,especially the old… No one cut ahead, no one pushed, and everyone got their bread.

As I walked home I came across yet another queue.

Today is Palm Sunday in the Eastern Christian world.

In a park in open air sat an Orthodox priest with a thin curtain in front of his chair and lined up next to him a long row of people waiting to say confession. One by one, holding their willows instead of palms, they humbly knelt to confess… somehow the goal of the communists to stamp out religion just never worked.

I think of all these queues and see a people who once were severely beaten down by wars, had no food, food for a while, no food again, and now have food, …a people who knew of painful times past where they were left behind… a people who were told not to hold a belief in the afterlife but never gave up hope, and a people who can stop an airplane to watch the sunset…

I suspect they are right… we are all going the same place… my hope is that when my final queue comes due, I will be as graceful as they now show themselves to be… 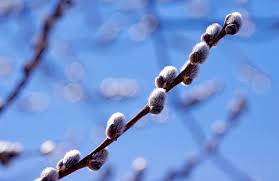 5 thoughts on “Prologue to the Northern Tier 1.1”