” No White Rabbit , that is your sweat”. So kind of route leaders to bring me back to reality.

Today we awaken in the dark, our bodies not yet used to the time zone change from yesterday. This ride today is just 46 miles but it involves a lot of climbing up over the Continental Divide and through some roller country before we arrive in Silver City and a rest day.

This climb up is very gradual over the first 16 miles but by the time I reach a high plateau before the Divide I am covered in sweat. My uneventful climb is interrupted by a pack of coyotes who cross my path…they seem not the least bit interested in me, rather some cows grazing on desert scrub off in the distance. Somehow I doubt these small dogs are going to be eating beef today given the difference in size between the animals.

From the plateau I must ascend another 1000 feet through a series of climbing rollers which turn my legs to spaghetti…I am getting stronger every day but these are difficult climbs. Finally I reach the top with a cool breeze encouraging me on.

We are now entering the mining country of New Mexico, the first the large Copper mine at Tyrone. 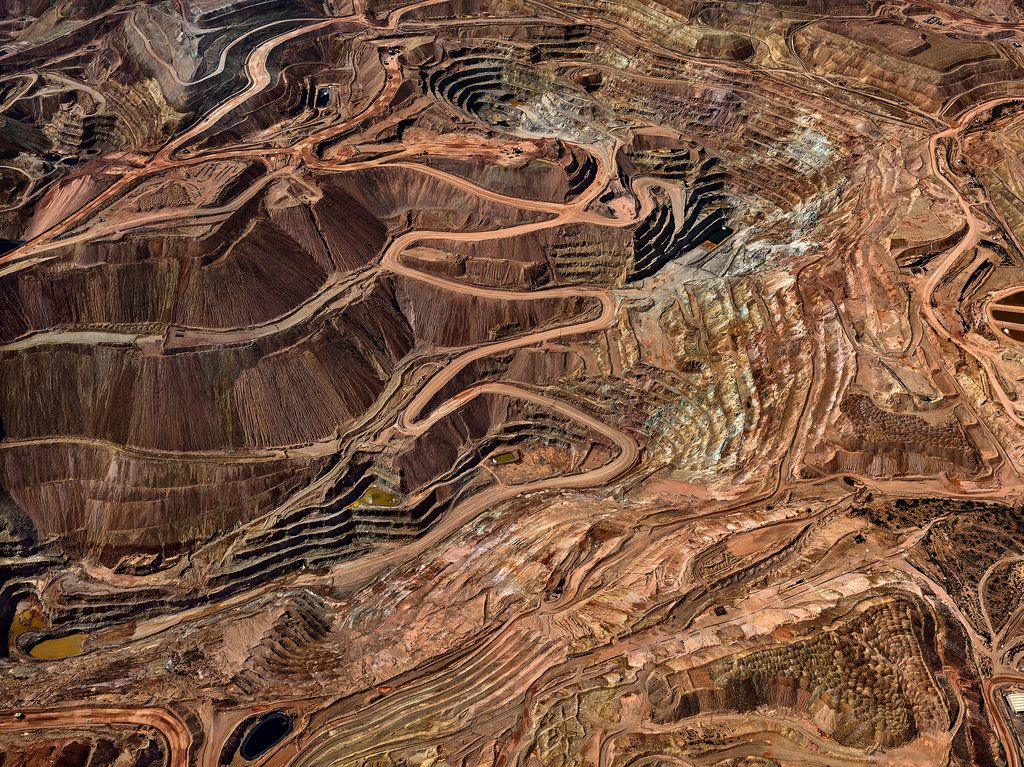 From the raw dirt , gold , silver and copper are leached with use of various acids and then precipitate on large molds to form near pure chunks of the various metals. To the naked eye no metal is visible in the soil, all microscopic particles mixed in the dirt.

The mining process is actually the same used by the Native American Indians more than 1000 years ago. There is a large content of sulfuric acid in the soil. When disturbed by digging the sulfuric acid if mixed with water will leach the metals from the soil. Down stream from the flow ,as the water evaporates, the metals, especially  copper precipitate on top of the sand giving bands of near pure metal. The  Spanish  “ discovered” this method of metal extraction from the Indians and exported tons of copper South through Mexico back to Europe.

The mine at Tyrone is miles long with steep ascents and descents along the side roads. By the time I arrive in Silver City I am ready for a shower, a meal and a good nights rest. We are hosted by a Mormon Church and end up being divided into groups to stay in host homes.

Tonight I will have a hot shower, a good Mexican meal, and a real bed in which to sleep. And thankfully tomorrow is a rest day. We plan to make an excursion to the Gila Cliff Dwellings 50 miles to the North…but for once in two week it will be by car, not by bike.

How lucky my buns feel…

PS I came across this mural in Silver City on the side of a business wall. 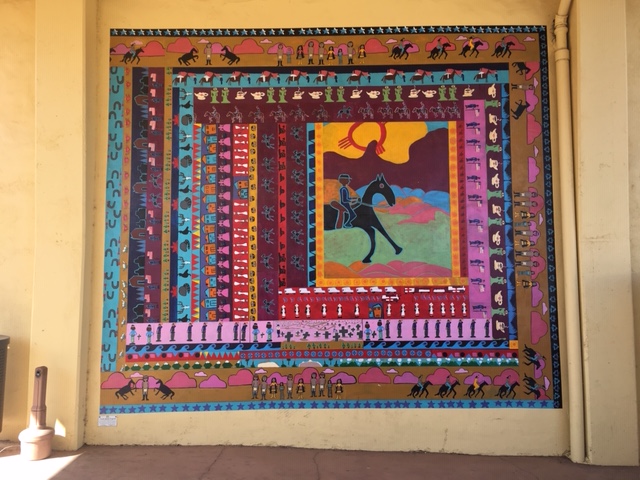 One thought on “Day 13 Crossing the Continental Divide”