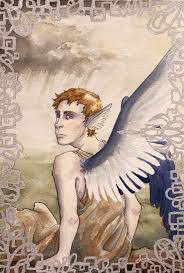 Very late…
Almost too late to do any good…
Today was a 90 mile ride from Glasgow to Havre, the largest of the Train Towns along Route 2.
Most of the ride today was along the Milk River, a tributary of The Missouri
River a little further to the South. 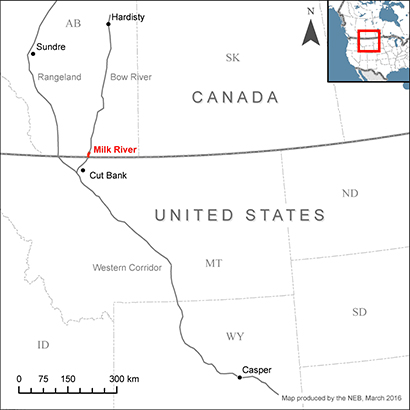 This 729 mile River originates in Alberta Canada and flows south through the arid lands of Montana to end at the Fort Peck Dam.
The River was named by Lewis of Lewis and Clark, who suggested that the color was that of tea mixed with milk. The color is a result of the clay silts suspended in the water.
All along our ride we cross the River back and forth several times with its meandering path. 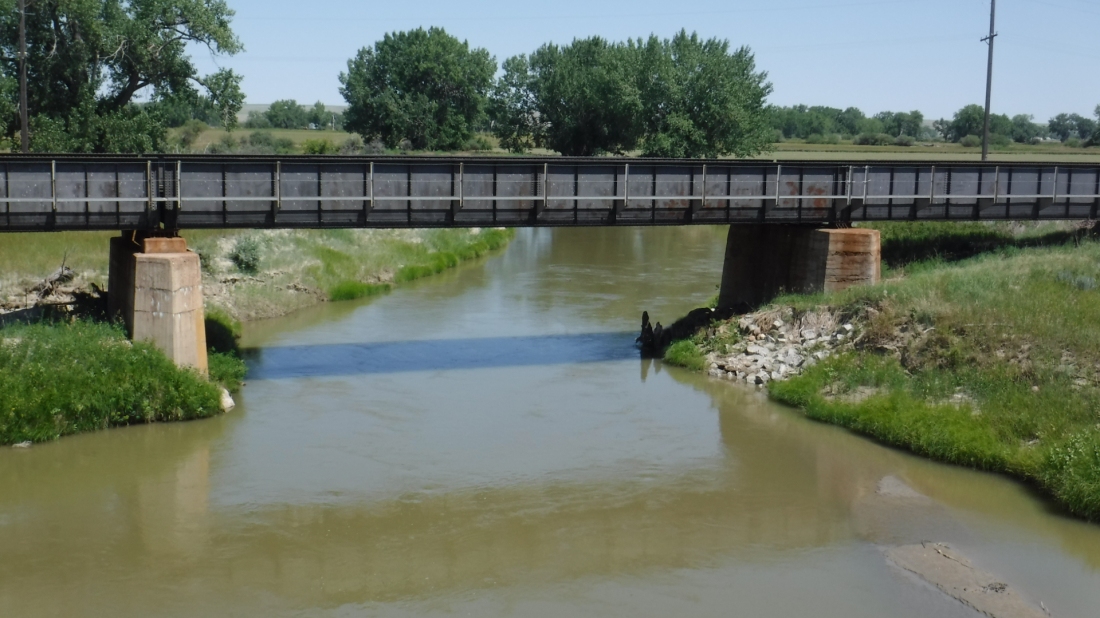 On both sides for 2-3 miles there is green life on the Montana Plain. Here the bees do well too… 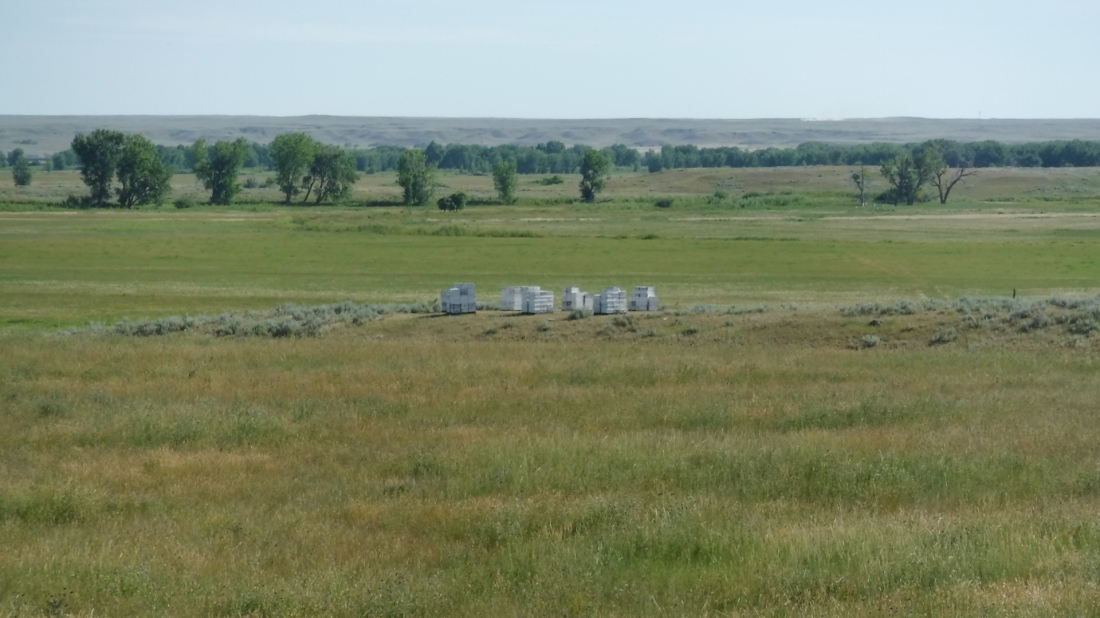 Locals tell us that this has been a very wet winter with large amounts of snow and a wet spring which has not only filled the rivers but helped the fields. Even cattails prosper this year. 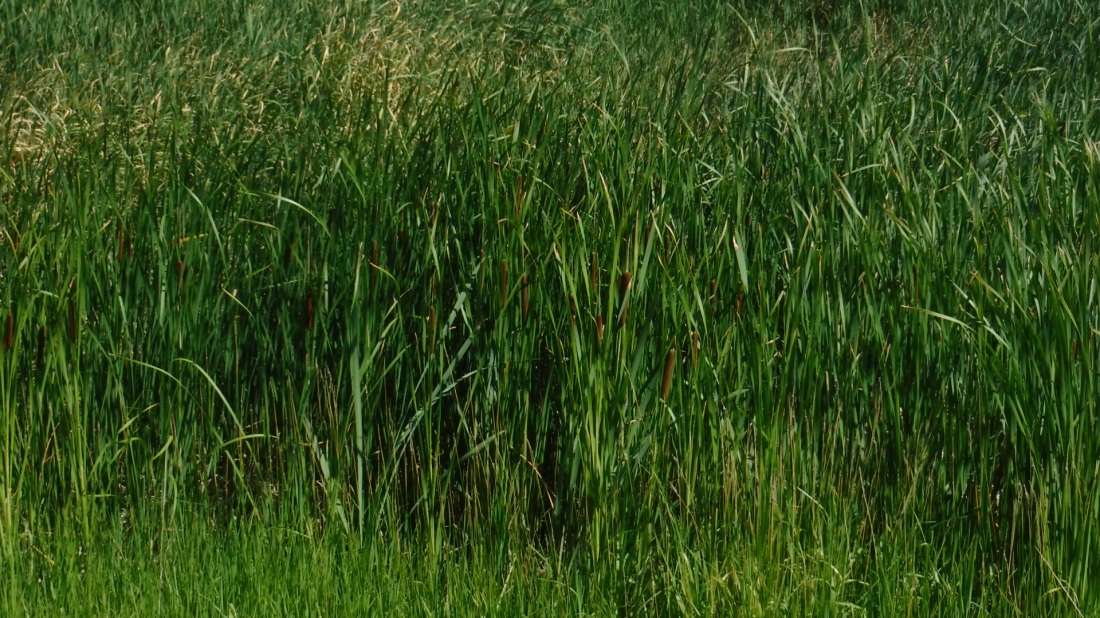 At 50 miles into the ride I suddenly become tense and remember the dangers of the next 40 miles in. This was the only spot of the trip three years ago that I feared for my life…20 mph Boreas Blasts pushing me into traffic where the shoulder was no more than 12 inches wide. 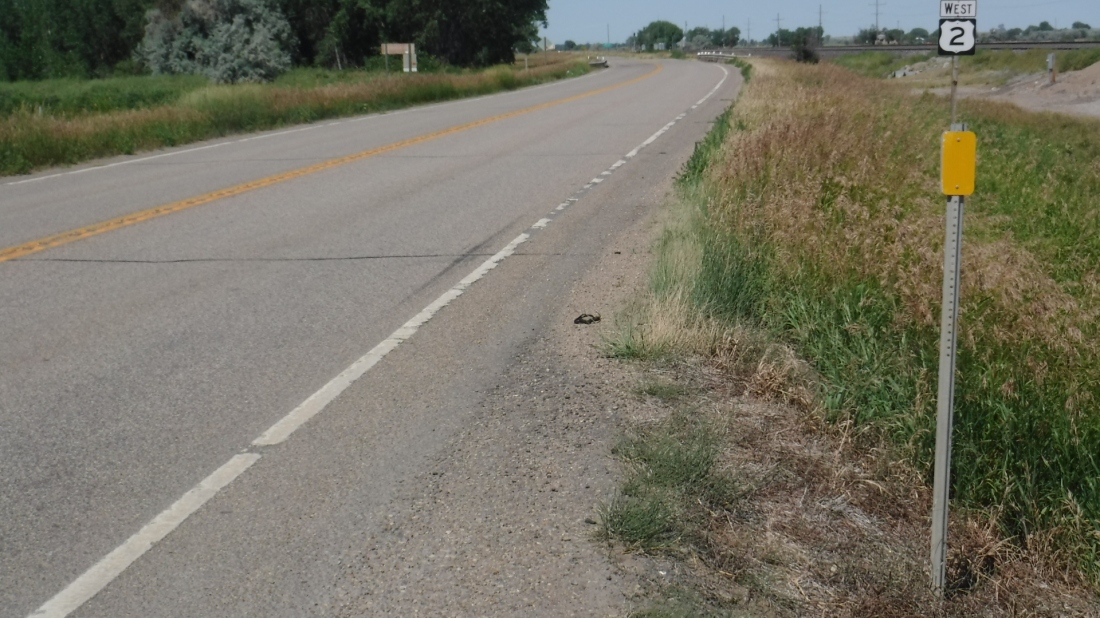 I decide I want to get this over as quickly as I can so I speed ahead of the rest in White Rabbit Mode.
Near Chinook the road narrows and the shoulder all but disappears. Hyperviligence becomes essential for traffic behind me, and coming toward me especially those who decide to pass. Riding on adrenaline fumes I speed past the dangerous miles until again I cross the Milk River just East of Havre. The shoulder widens to 5 feet and I can finally relax.
Guess who shows up then, 5 hours late…Eurus….after finishing his pout…
As I ride into town I realize how tense I have been and must get off my bike to stretch my back.
I arrive at our nights stay, a church, almost an hour before anyone else…a Yellow Jersey spawned from fear.
Havre is an interesting town of almost 10,000 out in the middle of the Great Plains. 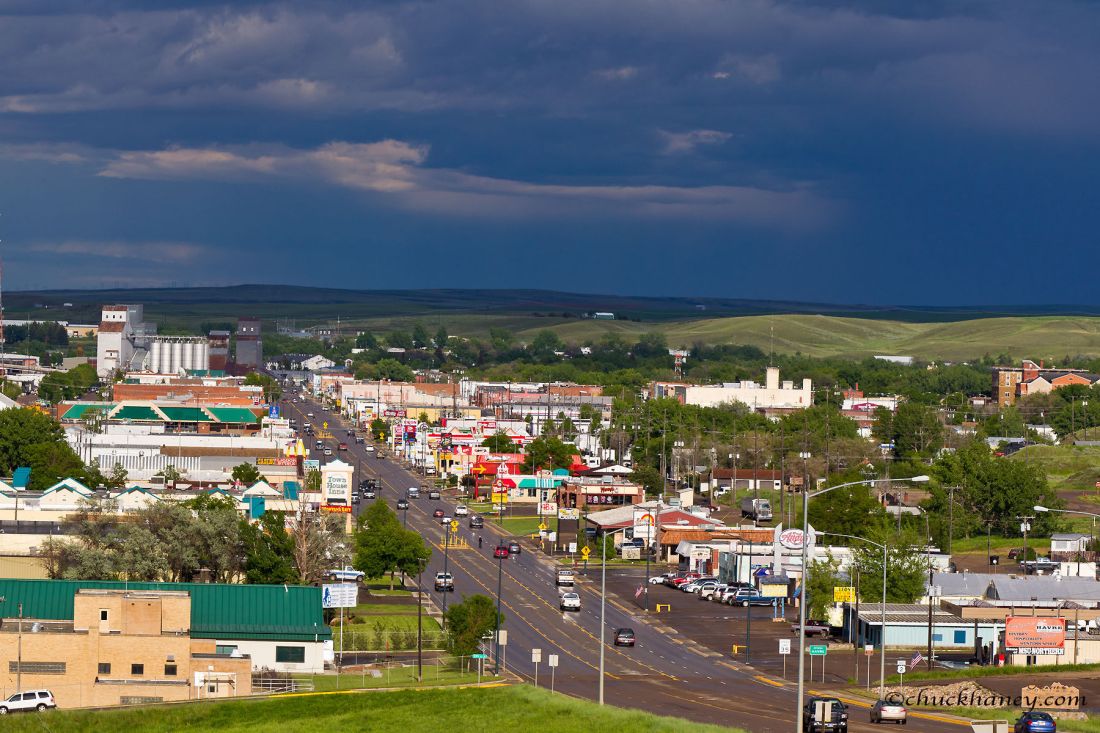 To the South are the Bear Paw Mountains an old Volcanic Patch snow covered 7 months of the year. 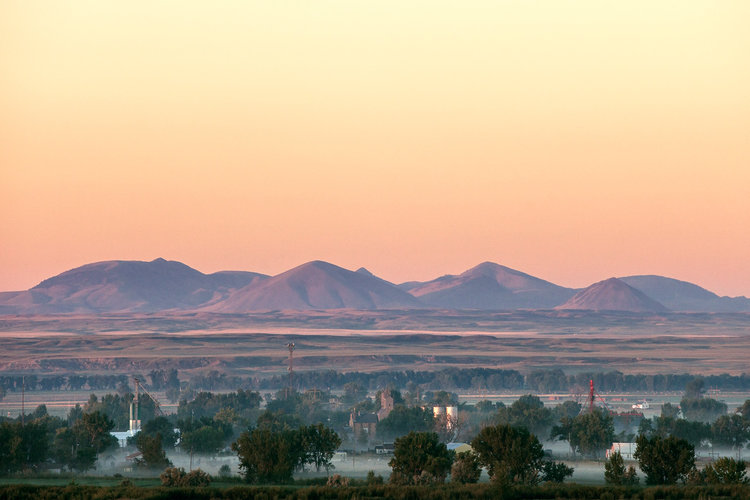 Locals refer to them as the Little Mountains as opposed to the Big Mountains two days to the West.
Water flow from these peaks nourishes the surrounding lands and allowed the construction of a major Railroad Town.
Much of the Railroad here was built by Chinese immigrants who were not allowed to live with the natives…native Whites as opposed to Native Americans who were pushed aside with the land grabs.
The Chinese tunneled beneath the city in limestone rock and built a second city of catacombs. With completion of the work the Chinese moved on abandoning their city beneath the streets.
In 1904 Havre suffered a major fire and most of it burned down. Rather than rebuild the shop keepers went underground and reused the catacomb city as their new town.
Gradually construction resumed above but the catacombs remained useful during prohibition as a center for speakeasies,  brothels, opium dens, and whiskey distilleries. 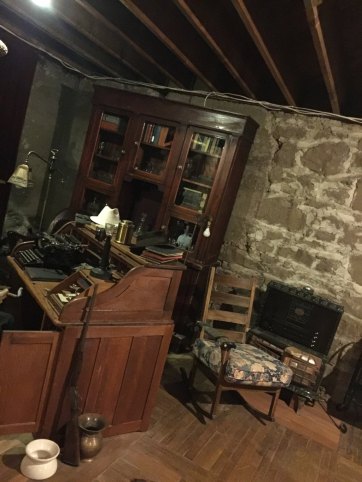 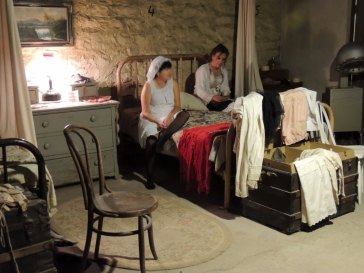 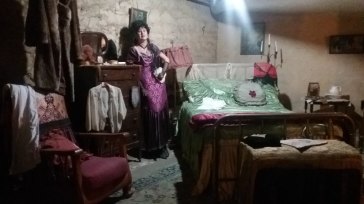 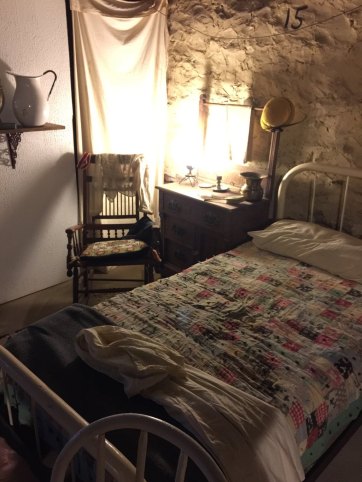 Today guided tours still light the way for the adventurous but unfortunately I arrive a bit late for that. Instead I listen to locals tell stories about how they played beneath the city as kids.
As I walk back from the laundromat I give thanks for a safe ride today.
In fact there is much to be thankful for…a safe ride, an adventure, clean cloths, a shower at a pool, a safe place to sleep inside tonight, a meal provided by the Church…and an air mattress that does not leak… 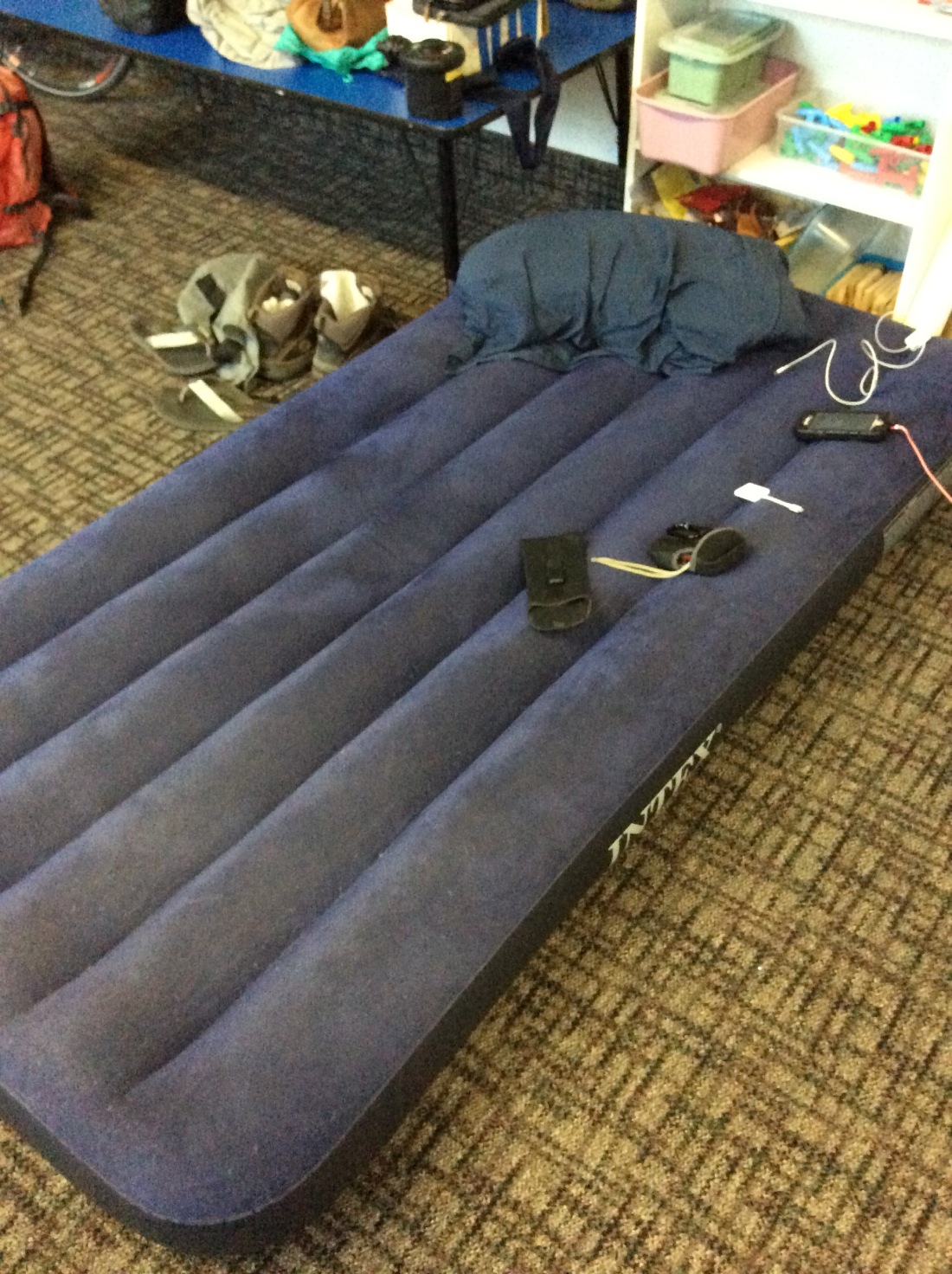 Three nights ago I awoke at 2:30 AM flat on my back in my tent…no air in my mattress. Now given that this was an 8$ purchase at Walmart I knew it could not last…it got me through San Diego to St Augustine’s and then from Bar Harbor to Wolf Point, Montana…not bad for 8$.
The only problem is that I am on the Great Plains of Eastern Montana where a new air mattress is pure gold.
But I made a wonderful discovery…I was so tired after that 103 mile ride,  not only did I not talk with the Wildflower about the next day’s trip but I forgot to screw the cap on well on the mattress after I blew it up.
Only yesterday was I sure that there is probably no leak, and for that I give great Thanks to the Greek Air Mattress God…surely must be one of those….they have Gods for everything else.
Speaking of Greek Gods tomorrow we are supposed to be visited by Notus from the South. 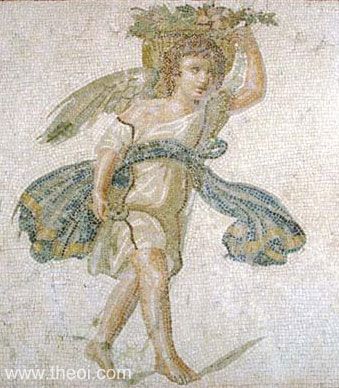 If he shows up he should neither hinder nor impede my way West.
Let’s just hope that Boreas and Zephyrus remain fast asleep… 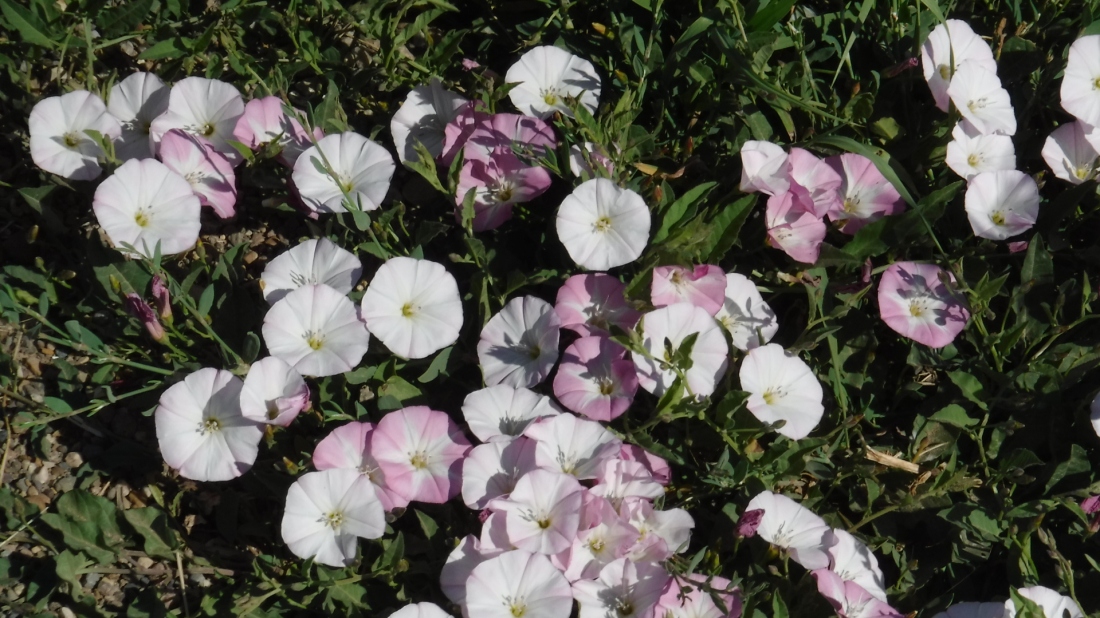