END_OF_DOCUMENT_TOKEN_TO_BE_REPLACED

Today we rode to Texas through miles of pecan orchards.

At one time New Mexico was the second largest producer of pecans in the US after Georgia. Recent East Coast hurricanes have destroyed much of the Georgia orchards making New Mexico number one. Please read this article for fascinating details.

Tiday was a short ride of 50 miles. The White Rabbit got his first yellow jersey of the trip. When he arrived the feisty , head female route leader snidely spit out “ What did you do? Knock all the others off?”

She received back a Cheshire Grin. Best way to deal with her…

No more story today… nap time for a tired bunny who pushed the pace.

Sometimes gratification needs to be delayed.

END_OF_DOCUMENT_TOKEN_TO_BE_REPLACED

What goes around comes around. 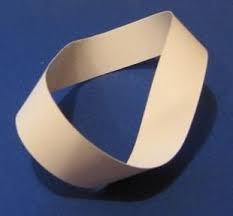 END_OF_DOCUMENT_TOKEN_TO_BE_REPLACED

Today was a rest day. We spent the morning making signs for a children’s bike ride.

Then we drove north into the mountains,

the tops covered with flowers. 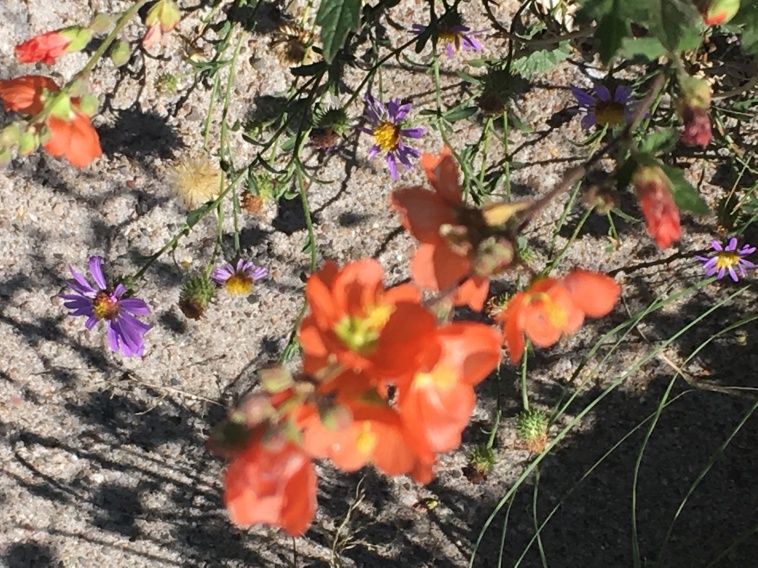 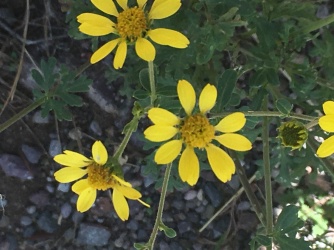 to go back in time 800 years to the Gila Cliff Dwellings. 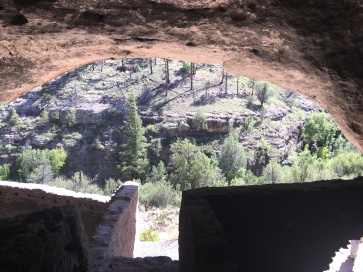 An amazing adventure to say the least.

Tonight I sleep in a bed again for tomorrow starts a 14 day trek to Austin Texas.

My buns enjoyed the day off.

” No White Rabbit , that is your sweat”. So kind of route leaders to bring me back to reality.

END_OF_DOCUMENT_TOKEN_TO_BE_REPLACED

There are some benefits to being in the middle of nowhere…

END_OF_DOCUMENT_TOKEN_TO_BE_REPLACED

It starts out with a wonderful breakfast.

END_OF_DOCUMENT_TOKEN_TO_BE_REPLACED

There are some things you erase from your memory on purpose…

I told the others that we were done with the intense climbing. I was sooooooooo wrong.

This year I am truly one of the slower riders in the group. That just happens sometimes. Maybe by the Mississippi I can catch up with their strengths but right now I tend to arrive in the bottom third most of the time. No one seems to mind

Sometimes I will try to leave an hour early so as not to mess up the rest stop schedule but today leaving Tempe as I get on my bike at daybreak three others ask to join me.

I of course say  “ OK” but it messes up the whole reason I try to leave early.

The Phoenix metropolitan area is massive and it takes us 17 miles to get out of town but it is early morning and most traffic is heading into the city.

We turn north from the far eastern suburbs and start a climb of 1000 feet. I had totally forgotten this day from the previous Southern Tier ride and with good reason.

By the time I reached the top my legs were tiring a bit but that weakness quickly turned to jelly when I saw before me the mountain range we had to cross…it all came back to me very quickly. I remembered the stretch in front of my as one of the most difficult 60 miles treks I had ever ridden. In fact I am fairly sure that at the top I had promised myself I would never do this ride again yet here I was, an 88 mile day over the mountains.

Jets leaving the airport twenty miles behind called out “ Come join us and we will take you home” …I was so tempted to turn around at that point and cash in. To make matters worse I had a powerful burst of homesickness…yes that happens.

But I  didn’t turn around, I never do…

The high mountain pass required another three climbs of 1800 ft a piece, a stair step approach over the range. From 8 to 10:15 AM I climbed the first at 4  1/2 mph. By the time I reached the slightly flat area of the rest stop I was out of water, 3 liters gone by.  I cannot say the sweat was pouring off my body since the 20% humidity soaks up any moisture before it can drop from a working body. Rather I just felt like a prune.

By this time there were three riders ahead of me but not by much.

Around noon I reached  the second staging area worried that I was slowing everyone down. The route leaders assured me this was not the case so I loaded up with water and started up fro the third part of the climb.

By two I had reached what I thought was the top only to realize there was yet another 1500 ft segment in the blazing sun.

And then a miracle happened. From the East I could see Angel and Flossie pulling with all their might  a  cloud bank that filled the sky. The temperature dropped 20 degrees and my spirits I did fear for a rain storm but that did not happen for another 10 hours, by then I was safely inside.

I could see the climb in front of me up the mountain side and recalled that two years ago two of us had found an underpass where we could rest, both almost near tears of

I found that same spot and rested eating my last orange and then headed up. I later learned that every single rider stopped their to get a short reprieve.

By the time I reached the last rest stop I truly wondered if I could make it, another 750 feet up at 7 1/2 degrees. I asked the route leaders if the others were as tired as I was and they assured me that this was the case.

Digging deep I approached the summit to see a sign for truckers “Use low gear” and thought to myself “ Been there for 7 hours”… At last I reached the top and started a 17 mike down hill to Tonto Basin  where we would be hosted in a church for the night.

As I pulled in I could see everyone had a blank stare plastered to their face…most were too tired to eat. A quick shower for me and we were all asleep by 7 pm.

These are the Mountains  we crossed as seen from 30 miles away to the East…yep 30 miles.

PS The others forgave me the next morning for telling them there was no more difficult climbing…I told them about a wonderful cafe where we ate a huge breakfast the next morning…making up for little supper from the evening before.